So, many of you who know my son also know Sushi the Badger, a tangible manifestation of one of his many "imaginary" friends.  Sushi is part of the family--sometimes a very annoying part, especially while we all sit in traffic during a rush-hour drive to the hospital--but it's a voice and a friend.  What's a dad to do?

As we sat in the Clinical Lab--a euphemism for "Don't tell him he's going to get stuck again"--well past the onset of lunchtime hunger but before our next stop at Radiology, Sushi was there to keep my son company in his wheelchair.  We're used to Sushi's noise and antics, but I was taken aback by the grunting screams that followed from the other side of the room!  Sushi had caught the eye of a young deformed girl in a wheelchair, on a respirator.  There were no words, only this strange cackle of sorts as one eye occasionally swept by and made contact with my son and his doll...

... and once they knew they had an audience, they both performed.  Jumps, backflips, twists, dancing, waving, ...  The girl was thrilled, and so were both the girl's nurse and her mother. 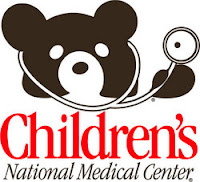 Everyday is like this, reminding me that there's no way of knowing, reminding me to trust, reminding me to simply do my best as I understand it--but days visiting Children's Hospital are all of this under a microscope.  There are full ranges of experience from suffering and facing death through bliss from a saved life, and all see each other in the hallways, the cafeteria, and the clinics' waiting rooms.  Everybody there struggling for a parking place has a story of some sort or another.  Somebody there is undoubtedly worse of than you--and undoubtedly you are that somebody to somebody else.

Human spirit and compassion.  Sobering reminders reframing perspective.  Ecstatic reminders that, at any time and under any circumstances, witting or not, anyone might be your salvation and you might be that for another.

I have my days wherein I wish everyone I encountered experienced military life so they would understand that we can pull together, drop egos, move in one direction, and get things done.  On other days I wish people would take the time to expand their lives like this, through a little volunteer work or other activities, spending time outside of their limited worlds, finding true perspective in the full human condition.  In the end, though, it requires no effort at all--all of this life really does simply unfold on its own.

Alas, as above, so below... Tomorrow, back to the cubicle.
Posted by Unknown at 4:28 PM No comments: Links to this post 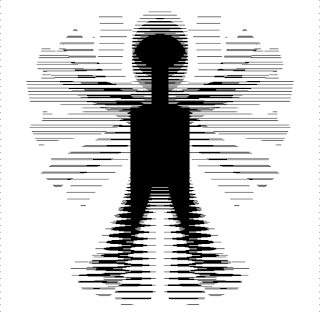 I came across a group of people standing in a desert, all flapping their arms up and down at their sides, so I paused to watch... After some time, some began to give sideways glances toward one of their own.  He seemed to notice, but was somehow unfazed--he simply kept flapping obliviously. In time though, the others grew into a fury.  There were some words I could not hear, and soon enough the one stopped flapping his arms and walked off alone toward the horizon. I approached the group. "Excuse me, but what happened here?"
"He wasn't flapping hard enough.  This group will never fly with folks like that holding us back..." I nodded in acknowledgement and turned to walk away. "Maybe we just need more people flapping... If you see anyone, will you send them our way?" I waved, not looking back, and I followed the path of the fellow who left.
Posted by Unknown at 5:33 PM No comments: Links to this post

Blowing through sacred space in disrepair, jasmine scented smoke and thoughts of what could be.  Exotic flowers are absent from the garden.  Work to do litters the temple.  A crumbled stupa was erected though the efforts of not-doing as the hands of those present were elsewhere.  Observe the ghosts, circling an unlit flame.  Depleted of purpose, ki drained.  The birds' songs are no longer heard over the traffic.  Airplanes pass behind overcast skies.  This is perfection in the absence of truth.  It is almost worthy of a tear.

Mourn the loss, but see what will appear when the spirit returns to this place.


[Cross-posted from Inexhaustible Things.]
Posted by Unknown at 4:39 PM No comments: Links to this post

Email ThisBlogThis!Share to TwitterShare to FacebookShare to Pinterest
Labels: Zen 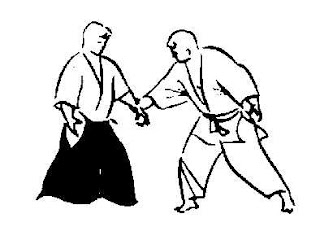 Maybe someday that wrist-grab start will evolve to a more dynamic reaching-in-to-grab, and then maybe on to the lunge punch, or even on to a wrist-grab-then-punch combination?  Really, there are no limits, and over time you'll likely experience them all...

... but first, there is the simple, static wrist-grab.

It seems almost silly--or maybe "unrealistic"--to start like this--but in retrospect, the essence of Aikido is all in there.  Uke's intention is crystal clear: Don't let go.  Granted, there may be a touch of "Be strong and don't let him move" or "Be flexible but stay connected" added depending upon the Uke, but either way, Nage has this to work with.

Now, we've mentioned a favorite and key experiment here before:  Suppose in the above picture, Nage (the defender) strikes boldly at Uke's face.  We see that in almost every case, even though Uke may attempt to block with his free hand, invariably he will not let go of Nage's wrist.  Though he's dealing with what arises instinctually, Uke's original intention is not lost.

Lots of great Aikido--and even improbable Aikido, such as the sometimes controversial kokyunage "breath throws," "timing throws," or even the "touchless throws"--is rooted in this bit of "Applied Zen"...  Arguably, here is where Aikido separates a bit from the underlying purely physical jiujitsu techniques.

Now that aside, at sometime during the first week of a new Aikidoka's practice, the above attack will likely lead to this defense--the kotegaeshi, or wrist-turning-out throw.  What I would like you to notice for now is that, at some point, "Uke is grabbing Nage" has been transformed into "Nage is grabbing Uke."

Some people never get this point--even after studying kaeshi waza (reversals), so here it is:  At this point in the technique, the tables are turned--Nage is now performing a grabbing attack on Uke...

... and the rules from our first experiment about grabbing do apply.

The problem with grabbing, you see, is that we're not always cognizant enough to let go.  After all, as everything else going on is overwhelming us, we are not even necessarily cognizant of the fact that we are grabbing at all!

Interestingly enough, there are some Aikido schools which focus almost exclusively on this aspect of the art.  They are naturally considered "soft styles" and are sometimes criticized as being ineffective for defense.  And there is cause to agree:  If we begin so far away from the underlying physical jiujitsu with its focus upon balance, timing, leverage, and so forth, and work strictly with guiding Uke's intention, it may take a very (very) long time to develop defensive proficiency--assuming you care about that, of course.  Consider what we see to the right: Ikkyo--another "week one" technique achievable from that same wrist-grab--has Nage grabbing Uke's wrist and elbow in this picture.  With a bent to avoid "blocking Nage's ki," some schools will practice guiding Uke into this position without grabbing him at all.

One hand guiding the wrist, the other guiding the elbow, all subject to change with changing circumstances:  In some sense, this is the Gold Standard--what we all strive through diligent practice to accomplish---an end state.  Now, whether we start here and correct ourselves as we inadvertently drop down to raw jiujitsu to finish a technique, or whether we start with the raw jiujitsu and forcing and strive to separate from the forcing, is largely a matter of preference--neither here nor there.

If you practice diligently to not grab your opponent, do you suppose that in the heat of the moment that you will realize that you can?

Yes, the experiment actually does work both ways:  It is possible to inadvertently cling to not clinging.  Moreover, when overwhelmed, you will not realize it.

Now with that point made, we should be fair:  That Gold Standard is the same for either path, and it does include spontaneous and appropriate response to any circumstances.  Sometimes that means grab and sometimes it means do not grab--the circumstances will guide you.  The training, however, gives the practitioner the ability to remain cognizant throughout increasingly overwhelming circumstances and sensitive to changes, remaining free to alter course.

This is to say that, at an intermediate level for instance, you don't have to be married to forcing that ikkyo technique to work---you can change techniques (henka waza).  At a more advanced level, if you're grabbing someone's wrist and he throws a punch at your face, letting go will be an easy option.

And at an even higher level of practice, letting your face be hit would be an option as well if you felt that would serve your greater purpose.  That is, we can let go of "winning," "succeeding," or even living if that is what is ultimately required.

For practical purposes, however, we will accept an avoidance of the later as a sensible constraint, but strive to make it possible.  In the Zen aspects of our study, though, we prepare to take one final, decisive step through this wall:  After we let go of holding on, we let go of letting go.
Posted by Unknown at 12:17 AM 1 comment: Links to this post