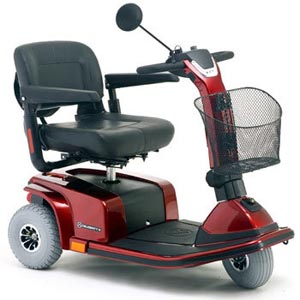 A group of men are waiting outside a conference room before the hour. The highest ranking military member is a mid-grade officer; the highest ranking civilian member outranks him. There is good-natured conversation, but the language becomes... colorful.

Opposite the conference room in the hall are vending machines. The men make way when a woman on a mobility scooter approaches, but they are briefly shocked when they hear her sharp "Excuse me, gentlemen!"--a reminder that they watch their language in the public space.

Quietly giggling and slightly red-faced, not one offers to help when the woman drops a coin from her purse...

... though one did bring in a trophy quarter afterward to show the others around the table once the room became available. Now that the woman was gone and the door was closed, the expected backlash continued. She was a large woman so naturally there would be the implication that her only handicap was her obesity, and there would be the rhetorical question about whether the outcome would be different if it was a piece of candy rather than a quarter.

The woman's interruption regarding the language was proper, as the workplace has rules. How we respond to the affront when we know we realize we are in the wrong is another story. It's possible the lesson will be learned now that the heat of the moment has passed and tension is diffused... but maybe not. Maybe the "pack behavior" of this group will be reinforced. Who knows?

All I can consider is my own response.